With the objective of reactivating tourism and employment in the country, especially in the rural areas of Costa Rica including Guanacaste, the North Zone, Central and South Pacific and the Caribbean, the Government announced today during a press conference that national and foreign travelers flying in will no longer need a Covid-19 negative test to enter the country.
“This decision is taken in view of the reopening of borders to all countries that will take place November 1st, and taking into consideration the statement by the Pan American Health Organization issued October 9th that affirms that it is unnecessary to demand tests or order quarantines for the reinstating of international flights”, explained Gustavo Segura, Minister of Tourism.
This means that as of October 26th in addition to the regular travel requirements in place for citizens of different countries, travelers wishing to enter Costa Rica must complete a digital epidemiological health pass and purchase travel insurance that covers accommodation in case of quarantine and medical expenses due to COVID-19.

“The sustainability of this measure will depend on the evolution of the pandemic in national territory”, clarified Segura.
“I reiterate my message to the companies in the tourism sector to continue to apply all the sanitary protocols, and for national and international tourists to travel responsibly and follow all the preventive measures in place”, concluded the Minister.
The reopening of the air border is of great importance to reactive the economy and employment through the tourism industry which is one of the main economic engines of the country, representing almost 10 points of the GNP and creating over 600 thousand direct and indirect jobs.
The Costa Rica Star
By Laura Alvarado – October 22, 2020

​Costa Rica Will Reopen Doors to Tourists from All the States of the U.S. as of Nov.1

​Residents and citizens of the United States will be able to enter Costa Rica again starting November 1st, and before this date, on October 15th, access will be granted to citizens and residents of the states of Florida, Georgia, and Texas.
U.S. citizens from authorized states wishing to enter Costa Rica must complete a digital epidemiological health pass, obtain a negative PCR-RT coronavirus test taken within 72 hours of their departure from the United States, and purchase travel insurance that covers accommodation in case of quarantine and medical expenses due to COVID-19.

Getting ready for your visit to Costa Rica 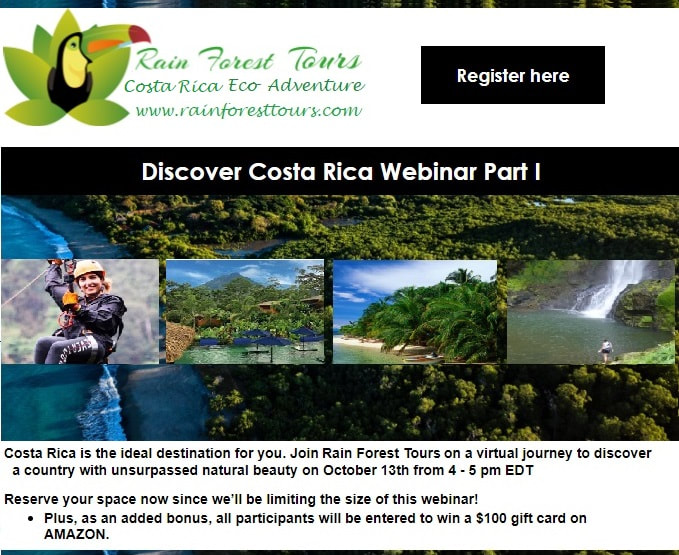 When Can We Travel to Costa Rica?

We are ready to help you.
​When you travel with Rain Forest Tours, you’re choosing to explore Costa Rica : Peace of Mind Travel Plan 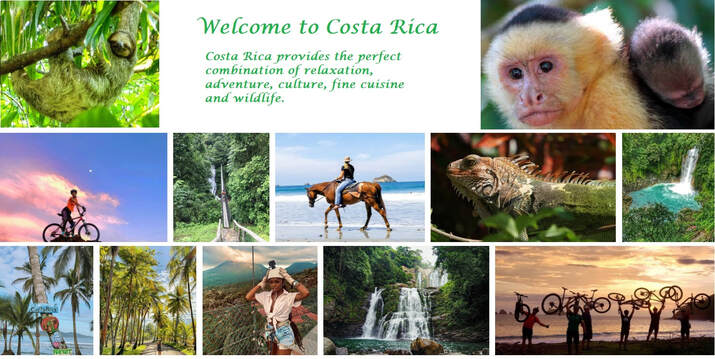 ​Costa Rica Increases Frequency of International Flights as of September 13

September 5, 2020,
​The Costa Rican Tourism Board (ICT) confirmed that as of September 13 the country will increase gradually, but significantly, the number of authorized flights from the United States.
As of that date, United Airlines will fly daily from Houston, Texas to the Juan Santamaría Airport and three times a week to the Daniel Oduber Airport in Liberia, Guanacaste. It is possible that the number of flights authorized will increase again in October, month in which United Airlines also expects to fly four times a week from Newark, New Jersey four times a week to Juan Santamaría Aiport and once a week (Saturdays) to Liberia, Guanacaste.
In total this increase represents 15 more flights a week in September and 18 more as of October.
By the end of October, United Airlines will also resume flights from Colorado.
U.S. citizens from authorized states wishing to enter Costa Rica must complete a digital epidemiological health pass, obtain a negative PCR-RT coronavirus test taken within 72 hours of their departure from the United States, and purchase travel insurance that covers accommodation in case of quarantine and medical expenses due to COVID-19. U.S. tourists must also demonstrate, via a valid driver’s license or State ID card, that they live in one of the authorized states. No forms of documentation establishing residency in these select states other than a valid driver’s license or State ID card will be accepted at this time.
Permanent/Temporary Residents of Costa Rica may enter the country via air regardless of where they are coming from but must present the following documentation: 1) Passport, 2) Valid DIMEX, 3) evidence Caja payments are up to date and 4) a completed Health Pass (Pase de Salud). Costa Rican Permanent/Temporary Residents and Costa Rican citizens must complete a 14-day quarantine which can be waived if the travelers are 1) arriving from one of a list of authorized countries, 2) have proof of stay for the past 14 days in that country, and 3) carry a negative COVID-19 test (PCR-RT) taken no more than 72 hours before their flight to Costa Rica.
Tourists from authorized states will be allowed entry to the country even if they make a connection or stop in a currently unauthorized country, as long as they do not leave the airport in that destination. For instance, a tourist that takes a flight from the airport of Newark in New Jersey which makes a stop in Panama will be able to enter Costa Rica.
By Laura Alvarado –  The Costa Star

Our clients are our primary concern, which is why our company is closely monitoring the situation with guidance from the Costa Rican and international authorities. This is a difficult situation for everyone across the globe as we temporarily press pause on travel.  The health and safety of our travelers and staff is at the forefront and we thank you for your patience and understanding in these unprecedented times.
Disinfection of the room keys, deep cleaning of the facilities and the guests' luggage are some of the protocols that will be applied by the hotels in Costa Rica at the time of opening. ​Centralamericadata May 21, 2020

After being closed for two months due to the health crisis resulting from the covid-19 outbreak, since May 16 the country's hotels with less than 20 rooms were allowed to open their doors to the public, but with the condition that they only occupy 50% of their capacity.

In the case of larger hotels such as Tabacón and Nayara Springs in La Fortuna de San Carlos, the Silencio Lodge & Spa in Bajos del Toro and Lagarta Lodge in Nosara, are preparing to reactivate their operations in the coming weeks.

Regarding how the hotels are preparing to face this new commercial reality, an article by Elobservador.cr reports that "... The Hotel Nayara Springs has purchased special equipment called the RestorAir Rapid Room Recovery Odor Abatement Unit, machines that will be used in rooms, luggage and common areas before guests enter, which sterilizes and kills bacteria and viruses."

The publication adds that "... They also established changes in the presentation of buffet-style food services: the dishes will now be in individual portions and replaced frequently. They will also control the restaurants' ability to keep them at 25% and keep them at a distance."

Disinfection of room keys before use, check-in areas before and after each attendance in the area, implementation of digital menus, and thorough cleaning of the facilities and guests luggage are other protocols that the hotels will apply.
Through May 20, Costa Rica registers 15 new cases of Covid-19 for a total 897 confirmed cases, involving 414 women and 483 men. However, 582 of these patients are already recovered.  Thirteen people remain hospitalized, five of which are in the intensive care unit.
On Monday the number of new cases informed by the Ministry of Health was 16. “We had an important curve that began mid-March, we applied the sanitary measures and people began to understand the importance of social distancing and we were able to bring down the numbers and we reached a very low point.  However, the average of cases per week is once again beginning to increase”, said the Minister of Health, Daniel Salas
The total number of cargo drivers that have been diagnosed at the Nicaragua / Costa Rica border and denied entry to the country is up to 46 plus 4 more that were not received by Nicaragua because they were foreigners and therefore had to be relocated to an isolation center in Costa Rica.
“The route Costa Rica has taken is to make health a priority, we know that the economic impact will have repercussions, but we don’t want a large number of people to die one day because they don’t have access to the intensive care units they require”, concluded Salas.

Last updated May 12, 2020
Passengers are urged to stay in touch with their airlines regarding programmed flights, for an updated directory you can visit the following link: https://sjoairport.com/directorio-de-aerolineas